As the old saying goes, “Money talks” — and now, thanks to a teenager who isn’t even old enough to vote, it’s easier to see just how much of that talking might influence public policies.

Thousands of people are embracing “Greenhouse,” a browser plugin developed by Nicholas Rubin, 16, of Seattle.

With just one click from the teen’s website, Greenhouse will install on a Chrome, Safari or Firefox browser. No matter what Web page or news story you’re reviewing, the app will highlight the names of any members of Congress appearing in the text. Mouse over that name, and a box will appear to show a photo of the elected official, his or her political affiliation and state and a full list of his or her biggest campaign contributors. The pop-up even lists what percentage of the politician’s contributions were $200 or less, how the elected official voted on campaign-finance measures, and where the official’s campaign coffers stand in the most recent election cycle.

The application, which pulls data from OpenSecrets.org, caught our attention because we appreciate transparency in government — the people’s business. We’re also committed to maintaining open and honest relationships with our clients — and we invite you to contact us to learn more.

Posted on September 24, 2014 by Lighthouse Financial Team in Things We Like 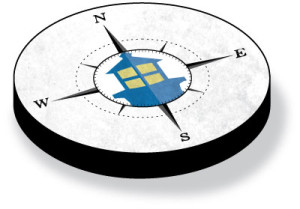 The Lighthouse Financial Pathway Program builds the right solutions for your long-term financial needs though a comprehensive step-by-step process.

Lighthouse Financial is a Registered Investment Advisory firm with the Securities and Exchange Commission. Our highly experienced advisors provide financial planning and investment management at every stage of life using a client-centered, step-by-step approach to build the right solutions for our customers’ unique needs.

Check the background of this firm and investment professional(s) on FINRA's BrokerCheck.

Thanks for visiting us online

The information we provide here is strictly a courtesy. When you access links leaving our website, you assume total responsibility for your online activities. Lighthouse Financial makes no representation about the accuracy or completeness of information you might find on other websites. Lighthouse is not liable for any direct or indirect technical or system issues, or any consequences stemming from your access to, or use of, third-party websites, technologies, programs or information. Advisory services are offered through Lighthouse Financial, LLC, a SEC Registered Investment Advisor.